It all started on 29th December 2017 when a group of 45 enthusiasts joined to explore Kalsubai which is the highest peak of Maharashtra with a height of 1646m (about 5400ft). This trek was organized by Swachhand Outdoors which is a voluntary organization formed with an aim of promoting Mountaineering and Adventure Sports and spreading awareness about Environment Conservation.

We started from Lohia IT Park, Pune; at around 11:30 pm. Due to some issues with Google Maps, it took us an hour more to reach the base of Kalsubai. We reached the base point (Bari Village) at 6 am. After freshning up we started our trekking at 7 am. This moderately difficult trek was the one which I was looking forward. This was my first time that I was participating with Swacchand Outdoors and also the first to Kalsubai. 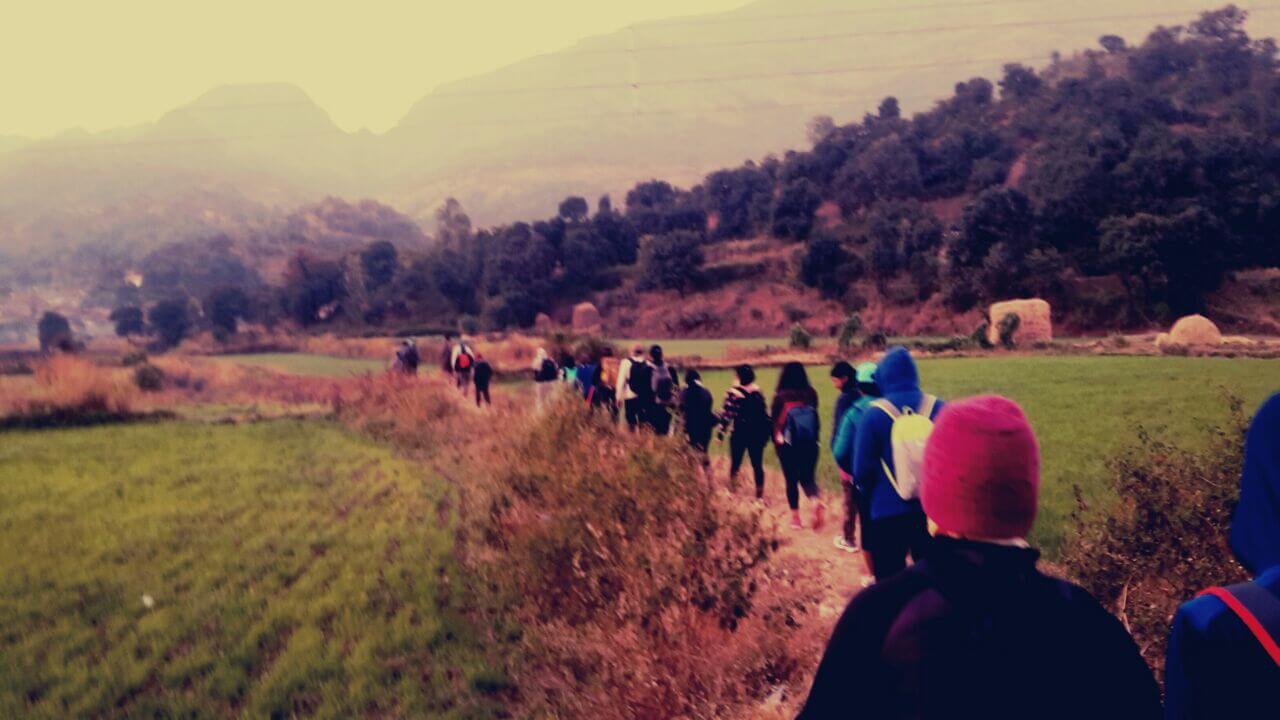 We were lucky enough as we were visiting Kalsubai in its best time to visit. Light winter breeze with a hinge of sunlight was the perfect season for the trek. Fresh green farms and chilly rocks were the main reasons behind it.

While trekking towards the top there are several ladders where some monkeys caught us. Snatching any eatables from the corner of the bags (pretty smart animals!) they were really annoying, but thanks to three dogs that were with us we were able to get control of monkeys. 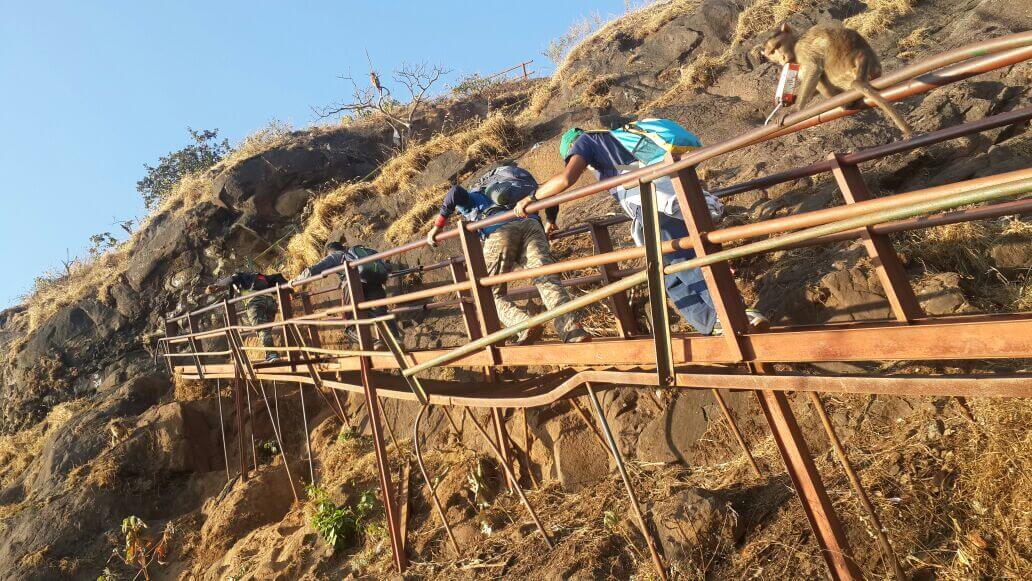 We made several stops along the way to regroup and recharge our batteries as there were people of varying ages and experience. After we had climbed about 70%, I was completely drained. But the aim of reaching the top kept us all motivated. After a long three and a half hour journey, we reached the top of Kalsubai. And what a view it was! Completely worth it. A small temple of Kalsubai and the happiness of reaching the top were the cherries on the cake. 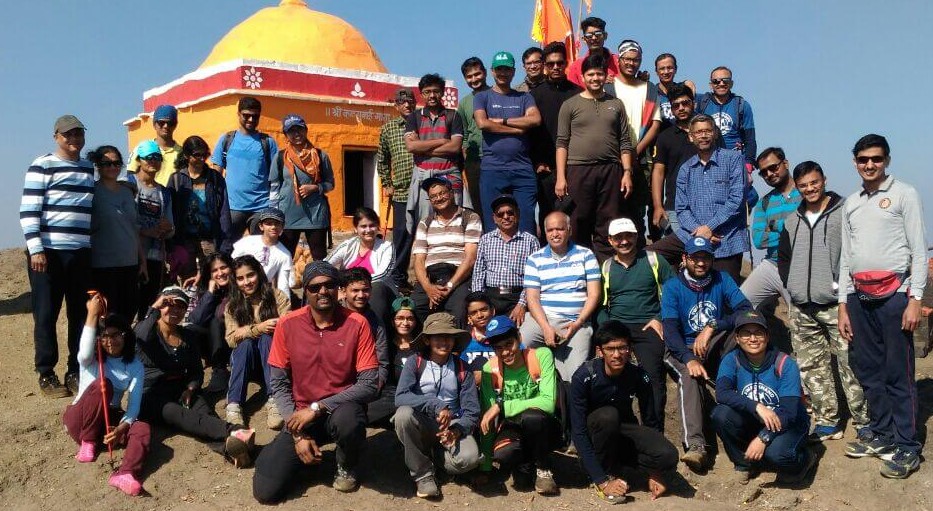 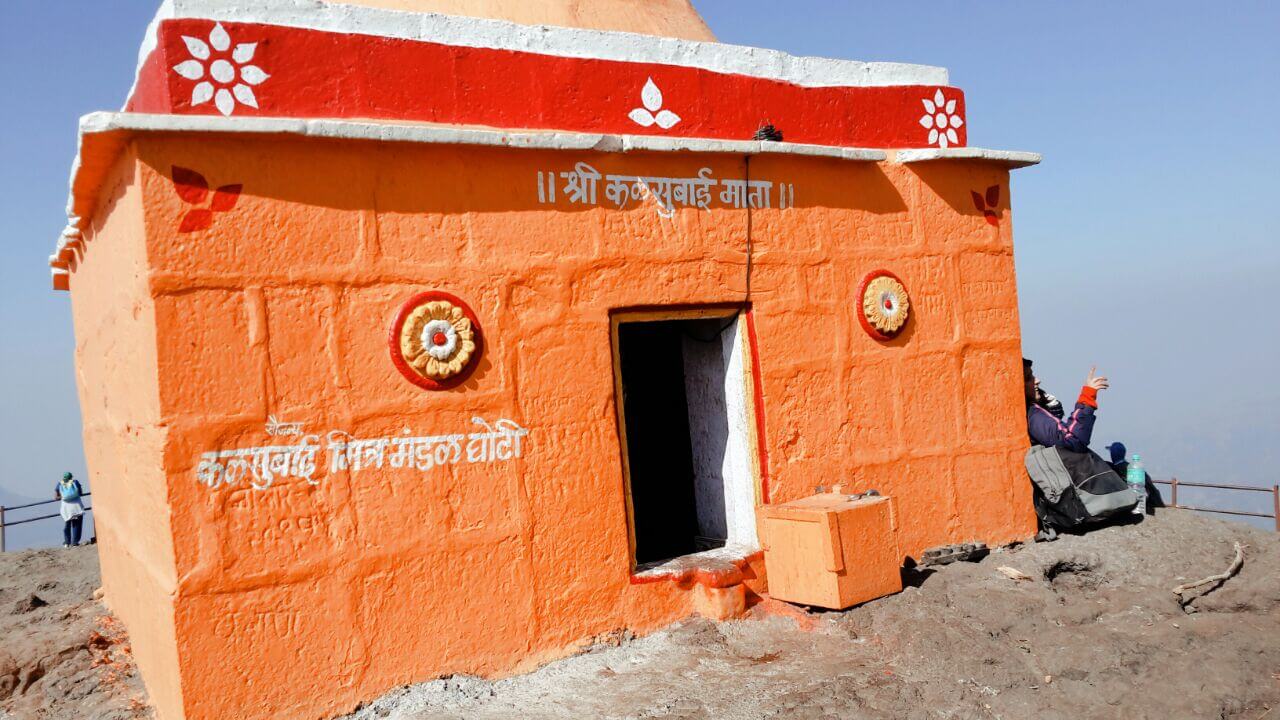 We were hoping that the return journey won’t be much tiresome, which turned out to be true. Returning was much easier and we were gathering good pace. We touched base within 2 hours, around 2:30 pm where a hearty meal of roti, mixed beans, zeera aloo, dal and rice was waiting for us, prepared by the village residents. At around 4 pm after a power nap, we packed ourselves and headed back to Pune. In between the return journey, we had few stops for Tea and Masala milk which were more like refreshments for the journey.

My Sincere Thanks to Swachhand Outdoors

Photo Credits to all group members who participated in the trek